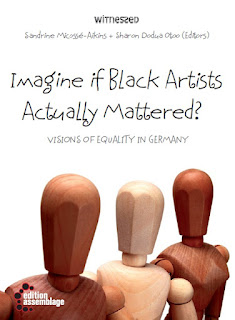 Black artists in Germany find themselves – necessarily – in a position in which double-consciousness; subversiveness and resistance – implicit and explicit – become essential strategies to be used in their work if they wish to survive in this predominantly white context. "Imagine if Black Artists Actually Mattered?", the first edition of the Witnessed series, answers the questions of how a society which has achieved true equality could look and what the central role of the artist is in shaping or creating these visions? What would Black artistic practices in the context of such a visionary society look like? What actions are possible beyond reaction and resistance?